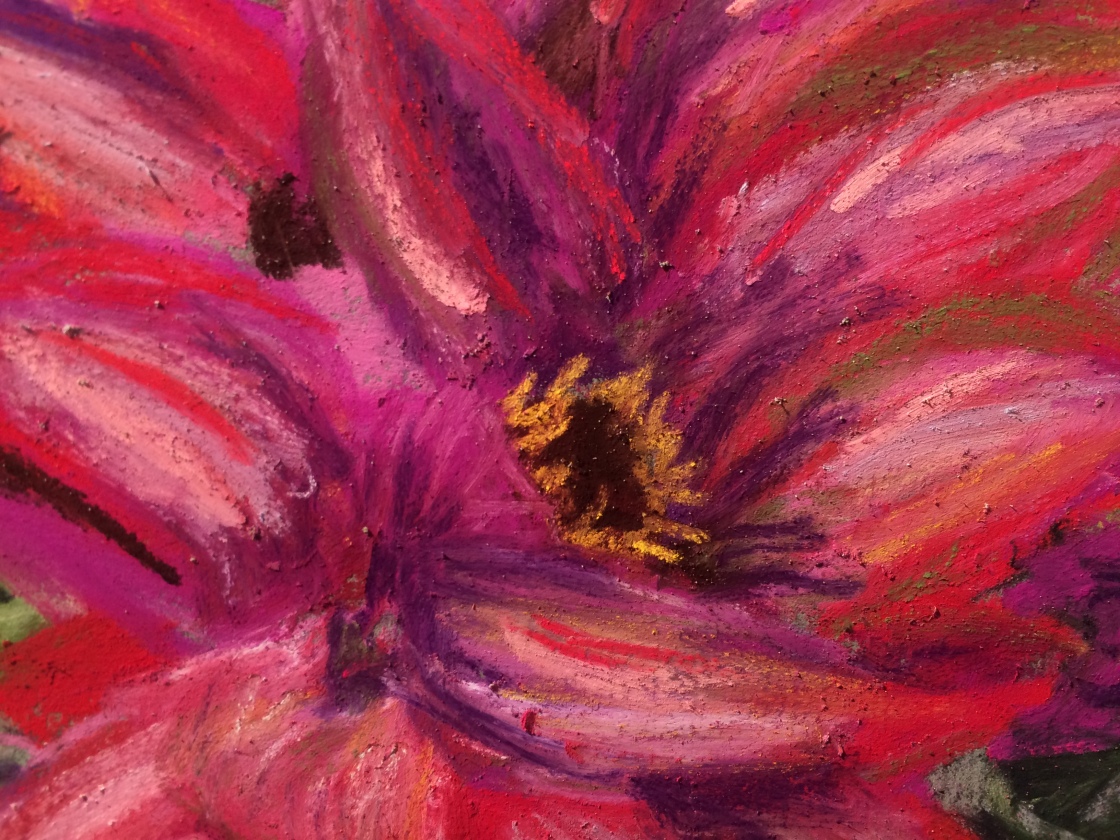 We act as though comfort and luxury were the chief requirements of life. All that we need to make us happy is something to be enthusiastic about.

I have been crazy nervous about this self-portrait.  Part of it is just the fact that it feels so exposing to do a self-portrait  Certainly I’ve never thought to myself that I’d be doing a one.  I can’t decide if I’m glad Jane asked me to do one or not.  The jury’s still out – I see-saw from liking it to being really uncomfortable with it.

But I’m loving working on it as if it’s my actual job.  How jealous I am of those who can do this full-time.  I remember watching the documentary about Andy Goldsworthy, where he would kiss his wife goodbye in their kitchen and head out with his bag to go lie down in the driveway, let it rain all around his silhouette, then photograph the dry spot where his body had been.  I thought then, “I want his job!”  Well, maybe not the lying down in the drive part.  But I am calmer and generally so much happier after after a day of drawing than a day of work or even just a day of “leisure”.

This pastel is making me covet full sets of both Senneliers and Giraults.  And making me wish for the thousandth time that Girault would make their pastels in the same shape they did decades ago, or at least offer that as an option.  (I have a set given to me that is probably from the ’20s.  They’re in the first wooden tray on the left in the picture below, under the narrow black box and the pan of red pastels.) 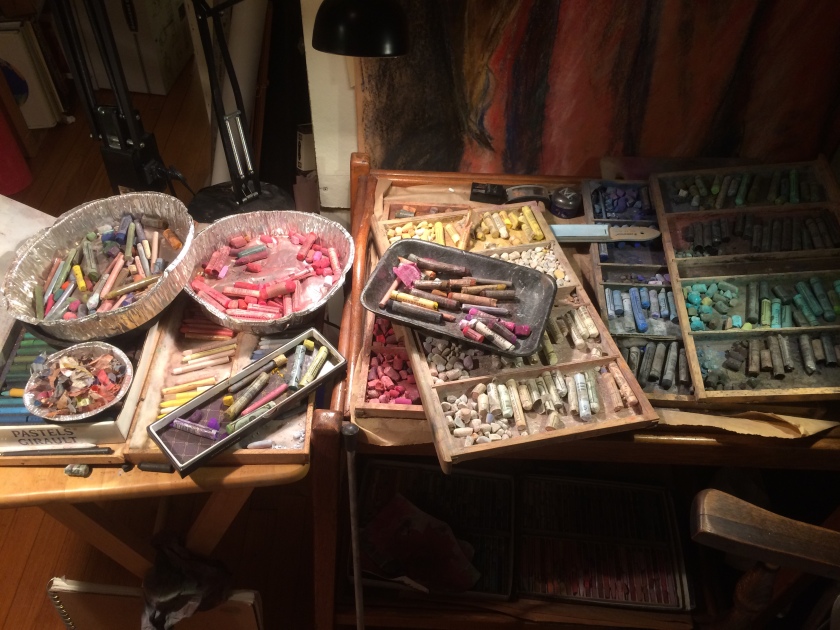 Odd things I use for pastel painting:  those blue paper towels used for heavy-duty work are the perfect thing  to clean pastels and also as an eraser, to just wipe off the pastel where it’s just not right.  And I use an Orka turkey bastter with the fringe cut off to blow excess dust off.  (I’ve had this for probably more than ten years.  It used to be blue.)

detail of Missy’s flowers, in progress